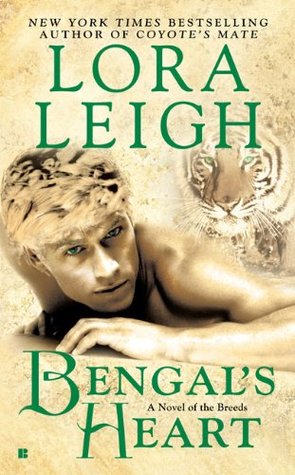 I was very excited to read this novel, just like I was for the novel Tanner’s Scheme.  Cabel is a very interesting character with an even more interesting background.  With all of this combined into one character it has to make for a great story.  This is why I couldn’t wait to hear about him.  Also because Tanner’s turned into such an action-filled drama that I couldn’t put it down, so why shouldn’t Cabel’s.  This novel is all interesting novel that I honestly couldn’t put down.  This novel is all about Cassa, a reporter that works for the Breeds.  A long time ago she and her husband had gone to save the Breeds in the lab that Cabel was in.  When they arrived dozens of Breeds were dead in a pit with Cabel left in the center.  Cassa couldn’t save them, because her husband had betrayed her and the Breeds by selling them out time and time again.  Cabel had escaped the pit once her husband started to beat on her.  He threw a pole at her husband, which went right through him and killed the man.  Cabel is a cold and calculating man that wants nothing, but vengeance for his dead family.  Vengeance he plans on taking out on Cassa herself.  He’s a man that can keep things well under control and what he wants he usually gets.  Cassa doesn’t want any part of Cabel now that years have gone by.  She realizes that those deaths are all on her, but after eleven years she’s refusing to let Cabel own her.  She’s a fiery little reporter that sinks her teeth into what she wants, and right now that’s a lead for a story that involves Breeds.  A band of Breed hunters called the Deadly Dozen are being killed one by one.  Their deaths are being reported as accidents, but Cassa is being sent their death photos.  The killer wants Cassa to come look for him and by sending her those photos he’s ensuring himself that she will.  It just so happens that Cabel is after the same thing and will do anything it takes to put Cassa under his thumb.  Lora Leigh makes a very good urban fantasy series.  The fact that she’s still expanding on it after almost twenty novels is just quite amazing in itself.  It could be the mix of action, passion, and more than enough danger that makes this series so good.  It’s a romance novel that could also be an action novel, which is quite unheard of.  All of the novels in the Breed series are romance novels, but there also more than that.  There’s more mystery than anything in this novel, because everyone is trying to find out the same thing.  This puts a new spin on the Breed series because it’s usually not all about who the killer is or who’s selling secrets.  It’s usually more focused on the main characters and how they end up falling for each other.  Overall, this novel was a good refresher on the Breed series and I would recommend to anyone that gets this far into the series to read this novel.  You won’t be disappointed when you pick it up that’s for sure