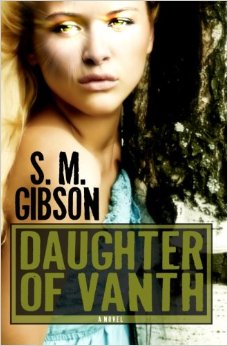 The first thing that I noticed about this novel was the cover. The cover features a blond woman with bright green eyes that just seem to spear you where you stand. They’re so captivating that it’s like they’re compelling you to pick up this novel. The main character in this novel is Sophie Klein, who is a descendant of Vanth. Vanth was a demon who vowed to kill all vampires within her time. However, the catch to this is that Sophie is human, raised in her early years by her very human parents. At first glance Sophie seems like a very shy and scared girl in a world full of supernaturals. However, the more that I read this novel the more that I came to realize the strength she had inside her and the passion that went right along with that strength. The second main character in this novel would be Gabriel Stragon, the eldest son of a vampire overlord. Gabriel holds on to his anger and lets it fester until he pops. He doesn’t trust Sophie because of the power that she can weld. He’s seen that power in action when Sophie was all but nine, and rogue vampires had attacked her human parents. This makes his character dangerously sexy with more than a little bit of brooding added to the mix. When you do start to read this novel you get hooked from the very first page. Sophie is nine in the first chapter and is still in the throes of the power that she didn’t even know she possessed. Gabriel and a fellow warrior find her in a small clearing with dead vampires everywhere around her, while she’s huddled on the ground. Still scared that she’s going to be hurt she does the same thing to the other warrior when he starts to approach her. It’s at this point that Gabriel decides to kill her for the good of his race. However, his father tells him to bring the girl to him, so that he may see her for himself. With this as a teaser to go by I quickly read through this whole novel in less than a day. The plot starts to thicken at points where you’d least suspect it and there are secens that you won’t expect at all. It’s an edgey, action-packed, and extremely hot to read. If you pick this book up you definitely won’t ever put it back down. Well at least until your done thoroughly reading it, because it’s just that good.