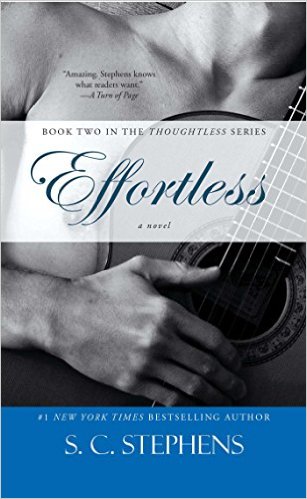 Now that I’m finally done with this novel I’ve got one thing to say; thank God it’s finally over. This novel was just so slow that I thought I’d die from boredom. Which would be a very slow and painful death for sure. There just wasn’t much going on with this novel and what little that there was I already knew about. I’m honestly not real sure as to why I actually read this novel. I think that I just expected more than what the first one gave me.

In this novel Kellan and Kiera are finally together. Not only are they together, but they’re going strong too. Kiera is determined to have their relationship go at a slow pace. That way they don’t burn out in the end. However, Kellan would be happy going fast, because he believes that they’ll never burn out. But Kiera still has that fear that they will, so he amuses her. Now everything is going good for them and they finally have everything the way they want it. But that may all change when Kellan gets some big news. Matt has set up a huge gig for the band. One that will take them along the coast for a tour. However, the catch is that Kellan and the rest of the band will be gone for six whole months. Kellan is afraid of how Keira will react to the news. Mostly because of the way she acted when Denny told her the same thing. But this time Keira is bound and determined not to let another person’s dreams fail. Kiera says that she’s stronger now and ready for the separation that’s going to take place. However, Kellan still has his own doubts, but he goes on the tour anyways. Now Keira has to figure out how to live without Kellan for the next six months. A task that she’s not really sure she’s ready for.

This novel would be classified as an adult romance novel. However, it certainly didn’t play out that way. This seems to be more of a woe-is-me type of novel. One that has a lot of drama and a lot of suspense in it. This made the novel a bit boring and hard to read at times. It doesn’t even have that certain twist to help spicing up things either. Making this a rather poor novel. Which is very disappointing as a reader, because this series had held such good potential. So as far as a recommendation goes it’s to say the least not a very good one. This is a poorly written novel and it really does need some work done. I don’t recommend that you read this series at all. There are better rock and roll novels out there that are worth your time.